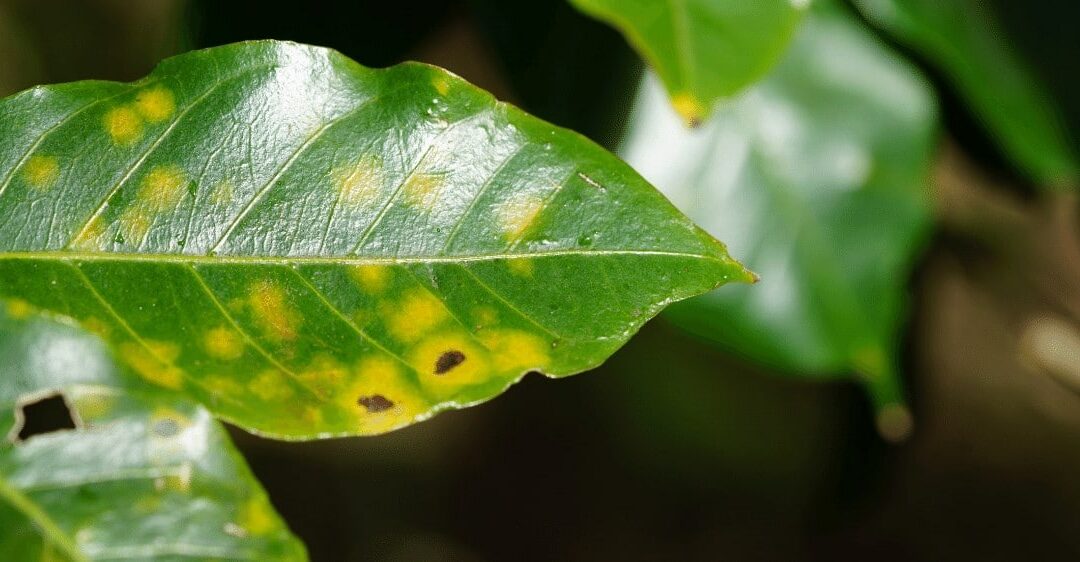 Dr Oliver Windram of Imperial College London is working with a team of scientists to use advanced imaging from drones to scan for early signs of the dreaded leaf rust disease on coffee trees in coffee plantations.

Coffee is one of the world’s most popular beverages; it grows in huge quantities (around 9 billion kilos apparently!) around the equator and tropics in Africa, Arabia, America and Asia and in developing countries it can be something of a subsistence crop where farmers and families depend largely on it for their livelihood. In this context it can be seen that any disease threatening the crop is potentially disastrous for the income of many thousands of people

The below extract quoting from the STFC website discusses progress on this interesting project which utilises up to date technology to combat a disease that was reported as long ago as 1865; at Caffia Coffee Group we certainly wish them all the best with the project:

“Having located coffee in the field we would then like to track the spread of coffee leaf rust in coffee plants and as part of this investigate how different intercropping plant community structures influence the spread of this pathogen.

“In terms of milestones we have shown that we can use multi-spectral sensing to differentiate between coffee plants infected with rust and those that are not. We can also distinguish between different types of coffee cultivars using this technology. We have been working in the Chiang Rai coffee-growing region (this is in Thailand – Ed), but if this technology is successful it could potentially be rolled out anywhere the plant is grown.”

The project has now received additional funding from the STFC Food Network+ and will be looking to develop a custom built multi-spectrum camera that will be optimised for differentiating coffee cultivars and coffee leaf rust infections. This will allow Dr Windram’s team to gather more data and make the method more robust, before it can be deployed in other countries.

He added: “If this all goes to plan I can see real impact being made on the ground on coffee farms within the next five years.”

You can read the article and watch a video showing the drones at work by following the link to the Science & Technology Facilities Council website here.